"The tutors know their stuff" 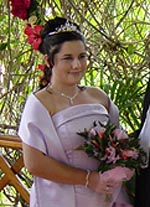 I have alot to thank DistanceLearningCentre.com for, I have finally got on the road to achieving my dream!

Due to family circumstances I was taken from school in year 10, so left without any GCSE's, which was quite devastating since I was predicted excellent grades. I started work within the care sector and after many years decided to take the plunge and push for that nursing career.

Because of financial constraints, full time education was not an option. I found DistanceLearningCentre.com was perfect for my needs but as with anything you only get out what you put in. Thanks to the excellent support I received, and after many tantrums, I am pleased to say I completed my course!

I was probably horrible to live with but the thing to remember is it is not easy and if you don't put in 100%, the Distinctions won't come! The secret is being very well organized and remembering why you are doing it.

Now I'm looking forward to starting my nursing course in September 2011, I already know I want to specialise in Oncology (Cancer) nursing thanks to my early experiences caring for my late mum. I currently work on Oncology wards as well as other areas and enjoy it immensely. It is amazing to know that one day I'll be making a difference to people's lives as a nurse and couldn't have done it without DistanceLearningCentre.com. I will always be grateful!

I would like to say that I had an absolutely fantastic tutor who goes above and beyond what I was expecting. Without my tutor's knowledge, humour and, on occasions, honesty, I would never have completed on time. For the students who are lucky enough to have my tutor, I hope that they too find realise how lucky they are.My tutor's a star! 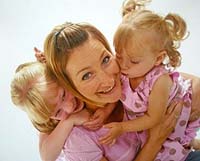 I developed a passion for midwifery after the birth of my second daughter who I had at home and in water. I could not afford to leave work to complete a full time access course or do it in the evenings part time as my husband works shifts. After surfing some Midwifery forums I saw others who had started with DistanceLearningCentre.com and decided to give it a go. I was quite nervous as I had not been in education since I was 16 (now 34) and was not a great scholar then.

My determination to get into midwifery spurred me on, and I was surprised at what I was capable of. The course itself I did find difficult at times but the tutors were very helpful and supportive, especially towards the end when I had to finish a lot quicker than originally planned. In March I was accepted into Bristol UWE on the Midwifery degree and will be starting shortly. Without DistanceLearningCentre.com I doubt I could have fulfilled my dream and been accepted into my chosen career. 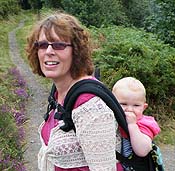 I found out about DistanceLearningCentre.com while Googling further education options, as I knew I was going to need evidence of recent study to support my Midwifery application. Finding a course that was tailor-made for my requirements (work from home, at my own pace, not too much money to pay up-front!) was fantastic - I just knew this was all going to work out!

I found the course fascinating, but much harder (and more!) work than I was expecting. I would say to anyone contemplating DistanceLearningCentre.com to give yourself plenty of time - I personally would recommend at least a year - although of course it depends on how much time you have to dedicate to studying.

The tutors know their stuff and the communication system works well. In my particular case they really had to pull the stops out as, having been offered a place for January 2010, my university had to cancel this intake and in August 2009 I was invited to start in September 2009 instead. I had been anticipating finishing the course over a further leisurely 3 months and instead had to get it all done, including the exam, in a matter of four weeks!

It certainly prepared me for university in terms of hard work and my tutor was absolutely brilliant, turning over my work as fast as she could and liaising with the university on my behalf as my work would not be able to be moderated until November as I had missed the June moderation date.

I have now commenced my degree and have come away from the DistanceLearningCentre.com course with renewed enthusiasm for academic work and increased confidence in my own abilities. 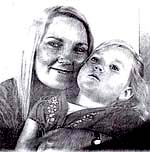 I have thoroughly enjoyed the DistanceLearningCentre.com course! It has been so convenient for me, and being able to work at my own pace meant I felt in control of my own learning. My self confidence increased enormously with each module I completed, and I loved the sense of achievement that came with each mark sheet!

I have surprised myself with how well I have done! The best part for me has definitely been the meeting of like-minded people on the forums; everyone is so supportive and the encouragement of the staff and fellow students are invaluable, particularly during those times when things seem to be a struggle!

I'm very grateful to DistanceLearningCentre.com for helping me to get on the road to University and realise my dream of becoming a Midwife!